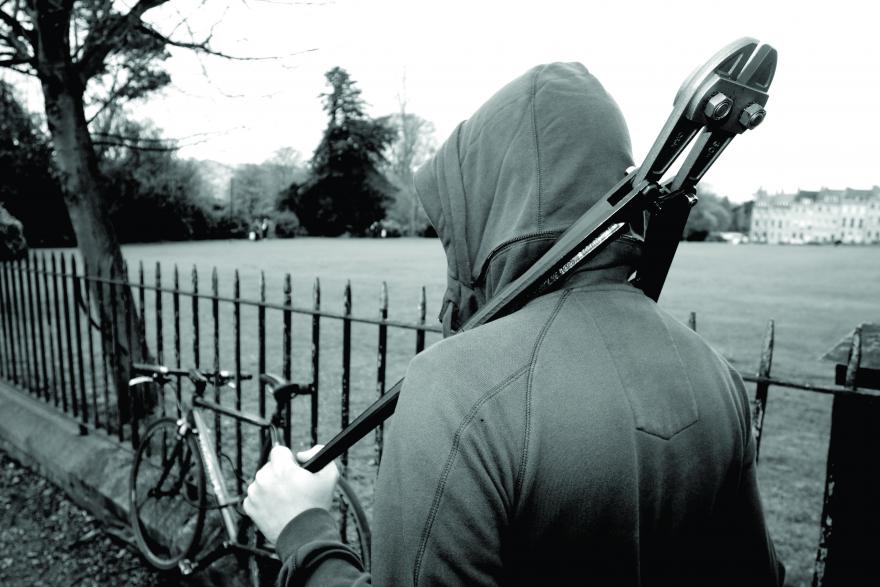 Interview: Inside the mind of a bike thief by roadcc July 30 2015
http://road.cc/content/feature/159190-interview-inside-mind-bike-thief

How does a professional bike thief operate, and how can you protect your bike from being stolen?

- Why do people steal bikes, and how can you stop them? The Metropolitan Police has released this interview with a professional bike thief that provides some useful insights into how thieves operate and how you can deter them.

The force point out that there's a lot of variation in the way thieves operate. Some target sheds, others communal hallways and some bikes which are locked in the street. Some are more ‘professional’ and cautious than others, but what is clear is the lengths some offenders will go to, to steal a bike.

- Why steal bikes as opposed to other types of crimes?

I’ve always been comfortable with bikes, I can strip them down and put them back together really easily. You can take them places where you can’t take a car and stay of the beaten track so they’re easy to move around. I like the thrill of stealing them and I can make a lot of money. One week I made £7,500. What did you do with all that money? Blew it, bookies, weed, drunk for England, meals out.

- On any given day, what would make you think ‘I need to go out and steal’?

I did it all the time, it’s what I did for a job. I’d go out every night for hours and hours. I’d go out during the day and do the spotting but all the stealing was done at night. Often I had orders, I knew loads of people, I was known as the ‘bike man’ and people would introduce me to someone who wanted a bike. The rest of it went on Gumtree.

- How much planning did you do before you went out?

I’d often get the orders over the weekend and then go out during the week. I’d know where I wanted to hit and I’d do an area for a few days, Barnes for example, I caned it, but then you know the police will get themselves organised so I’d move on before that happened and go somewhere else.

- Was it ever to demand? Were you asked to steal specific bikes?

I’d only steal decent stuff that I could get a return on. I’d rather go home empty handed than take rubbish. I sold a lot to foreign people, Poles for example, they all wanted bikes and I sold a lot to them.

- Was it ever just taking an opportunity?

Not usually, I’d like to be careful. Go out in the dark, stay out of sight, I’d go nowhere that was covered by CCTV. I’d know pretty much where all the cameras were. I got caught by CCTV once at a school, but that was stupid and I didn’t make the mistake again.

- How would you select an area/street?

I did mainly sheds. I’d have a bike out of the garden if people were stupid enough to leave it there, but mainly I was looking for sheds and I’d garden hop from one to the other. If there was a rear alleyway that would be useful because it kept me out of sight but it was also good to move the bikes that way.

- What would make something an attractive target? What type of bike are you looking for?

The better the bike the better the return, so if I could get a really expensive model I’d take it, but I’d take anything that I could sell on and I was stealing lots.

- What would put you off? Is there anything else that would make you change your plans?

Seeing the police at the start of the night, if it looked like they were around the area as opposed to driving through. Also seeing magpies. If I saw one I’d carry on thieving, if I saw two I’d go home. Funny little superstition.

It would take a lot otherwise, I could break into any shed pretty much if I had a screwdriver and sometimes bolt cutters. The only thing that would stop me would be an alarm on the shed. If an alarm went off I’d jump the fence and run and get as many streets away as possible before the police turned up.

Dogs were no problem, I’m not frightened of dogs, they were more frightened of me. I’d get down on the ground roll around and play and they were fine. I had one that actually whined when I stopped playing and jumped back over the fence.

- Would you always operate/steal in the same way?

Sheds were my thing and I could almost always get in. I’d undo the screws, so the best thing you could do would be to use those screws that you can only tighten, you can’t undo. They’re really frustrating.

I could pretty much cut any bolt off and I’d look for quality. A quality padlock meant something interesting inside, but if you’re going to have a padlock you should make it a big thick one. I’ve taken the hinges off quite a lot but the other thing was, if all else failed, I’d lie on my back and force the roof off with my feet. They’re only nailed on, then I’d put it back on afterwards.

Often then I’d lay them up, hide them somewhere nearby and go back the following morning. Sometimes I’d hide them in the same garden. If I had a few to collect I might go back with a mate and a car, otherwise I’d ride them back or maybe get a train.

If the bike had a good lock on it that I couldn’t get off there and then I’d use the angle grinder when I got home. Wire locks aren’t worth bothering with, there’s not a wire lock I can’t crop. D locks are the thing you should have but most people don’t lock bikes in the shed. Why do people spend hundreds, even thousands on a bike and then buy a lock from Poundland? There are some locks that are so poor you can open them with your bare hands. I took one that was padlocked to a lamppost just by wrenching the bike away. The lock just fell off.

- What would you do if you were disturbed, for example by police or an owner?

Hide, get myself into a hiding place, a bush or something and lie as still as I could. I could hear my own heart beating but usually I wasn’t found.

- How would you get to the area you were working in?

- How quickly would you want to get rid of the property after the theft? Did you ever take it home?

My rule was never spend the day with a bike. The stuff for Gumtree would be at my house for a while but if it was an order I’d ring the people in the morning and tell them to get round the house, collect the bike and pay. I’d been out all night, the least they could do was come to me to collect.

- How would you get rid of it?

It was all done at the house. I’d never take the bikes anywhere to do the deal.

- Do you know what happened to them after you got rid of them?

They were to use, they’re being ridden around now. But people are stupid they never record the details of the bike anywhere. I’ve been stopped on stolen bikes and there’s no record of them anywhere so you go on your way.

A lot of bikes go on to Gumtree particularly in the summer, that’s when most are shifted. You know the police are looking at these sites but there’s so much stuff on there they can’t keep up with it.

- What’s your best advice to anyone who owns a bike?

Invest in a decent lock, get a D lock or anything that costs. The more expensive the lock the better it is going to be.

Make it hard. There’s a triangle of metal just behind the saddle column, and that’s made like it is for the purpose of locking your bike securely, but people don’t know that. Put your lock through there and you should be able to get it through your back wheel.

Take your quick release front wheel off and lock it to the back one. People sometimes put the lock through the front wheel. That’s fine, I’ll have the rest of the bike and get myself another front wheel. You should never lock it below the handlebars. An Allen Key will get the handlebar column off. 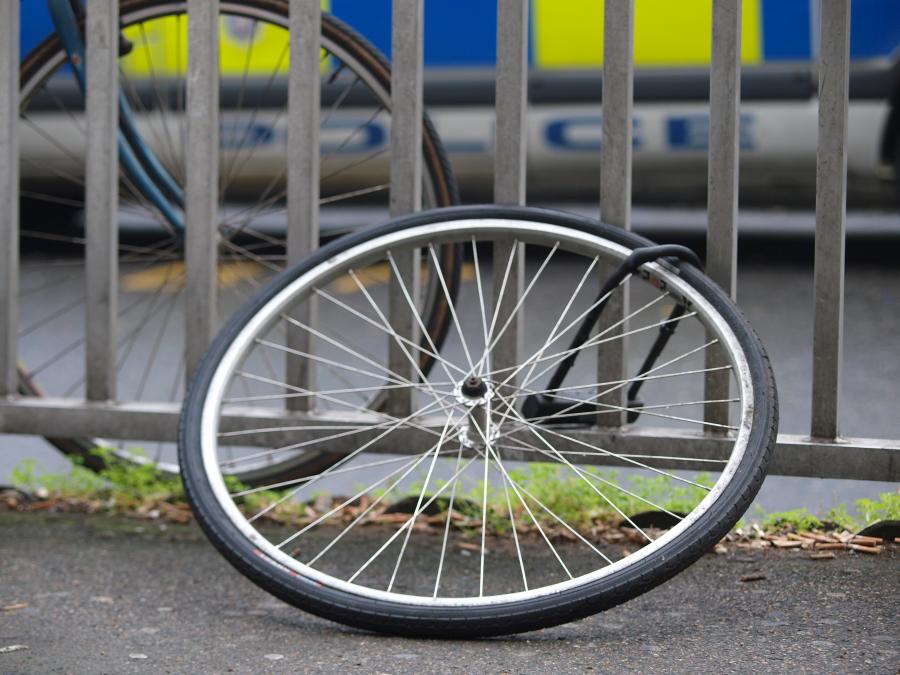